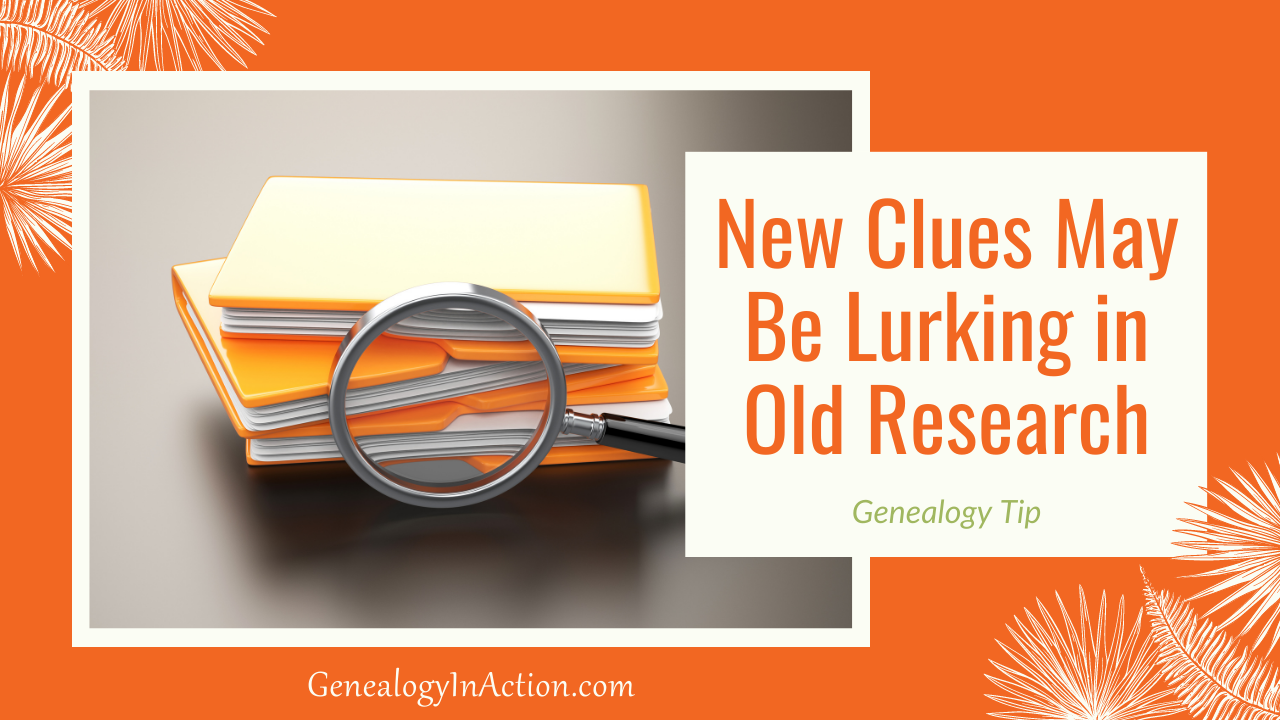 New Clues May Be Lurking in Old Research

Let's face it. We were all beginners at some point, and that most likely means we overlooked important bits of information in the sources we consulted back then. Maybe we didn't know any better when consulting a new-to-us source. Perhaps the information didn't seem relevant at the time. Or we simply grabbed the pieces of information we were after and neglected everything else the record could tell us. It happens and there's no shame in that...it's all part of our progression as genealogists.

This is why the very first step in my genealogy problem-solving framework is to review previous research. And not just a cursory review—I mean a full-out review, looking at everything each record is telling me. Doing so allows me to see things I missed the first time around, and oftentimes these clues are the keys to solving my research problem.

Here's an example. I was trying to figure out where in Germany my second great-grandfather Emil Müller was born. I reevaluated all of the previous records I had collected that were in some way relevant to my research question. When I reviewed the birth certificates for his two sons, I made a discovery—both listed Bromberg as the father's place of birth. Fortunately, one indicated that it was in the province of Posen, which was a big help.

Now how on earth could I have missed this vital clue in not one, but two records? Well, for starters, when I found these birth certificates, I was pretty green. But, in my defense, both certificates were written in German—both language and writing—and, yes, these birth were recorded in Chicago, Illinois! 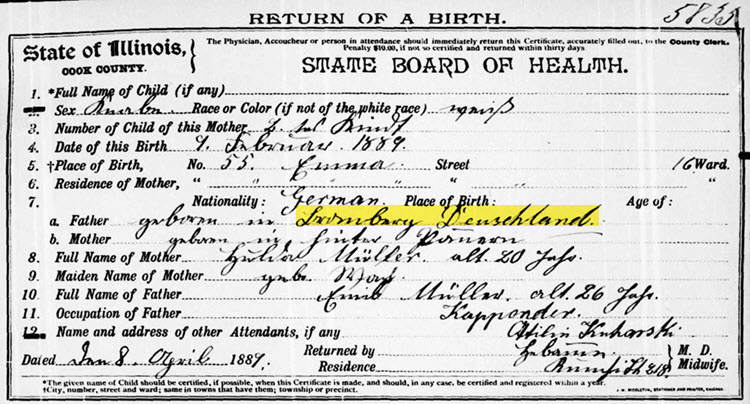 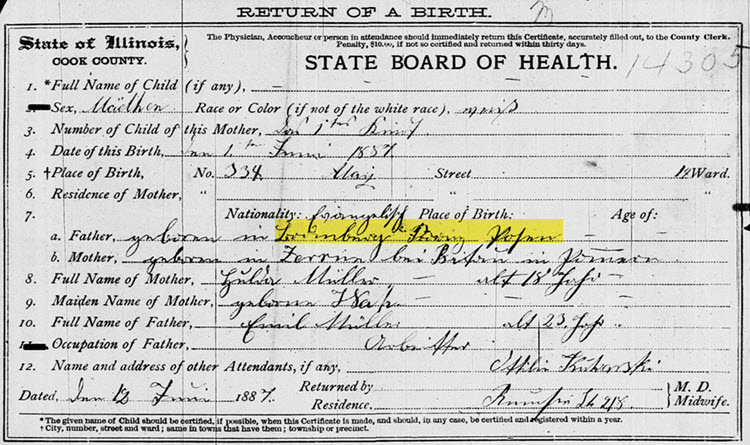 Now, don't laugh, but at the time I thought it was a matter of terrible handwriting! This was because I hadn't yet been introduced to German script. Additionally, even if I could have deciphered the words, I would have been clueless as to how to interpret the information, because I didn't know enough about German history, geography, and jurisdictions. When I reviewed these records again, however, I had a solid understanding and was able to easily figure out that Emil was born in Bromberg, Posen, Prussia (NOT Germany!). This, combined with other clues, led me to find Emil's baptism record in Bromberg.

But, had I not gone back and reviewed all relevant records, I'd probably still be twiddling my thumbs and wondering where Emil was born.

This is just one of many examples of how new clues can pop up when reviewing "old" research.

So now it's your turn to take action. Pick a research question you're currently working on and pull together all the records that are in some way relevant to the question. Then carefully comb through each record and note any new clues. Then use those new clues to plan additional research, and hopefully, you can finally find the answer to that research question!

P.S. If you're interested in learning the ins and outs of my problem-solving framework, you can enroll in my digital course Genealogy Problem-Solving Academy.