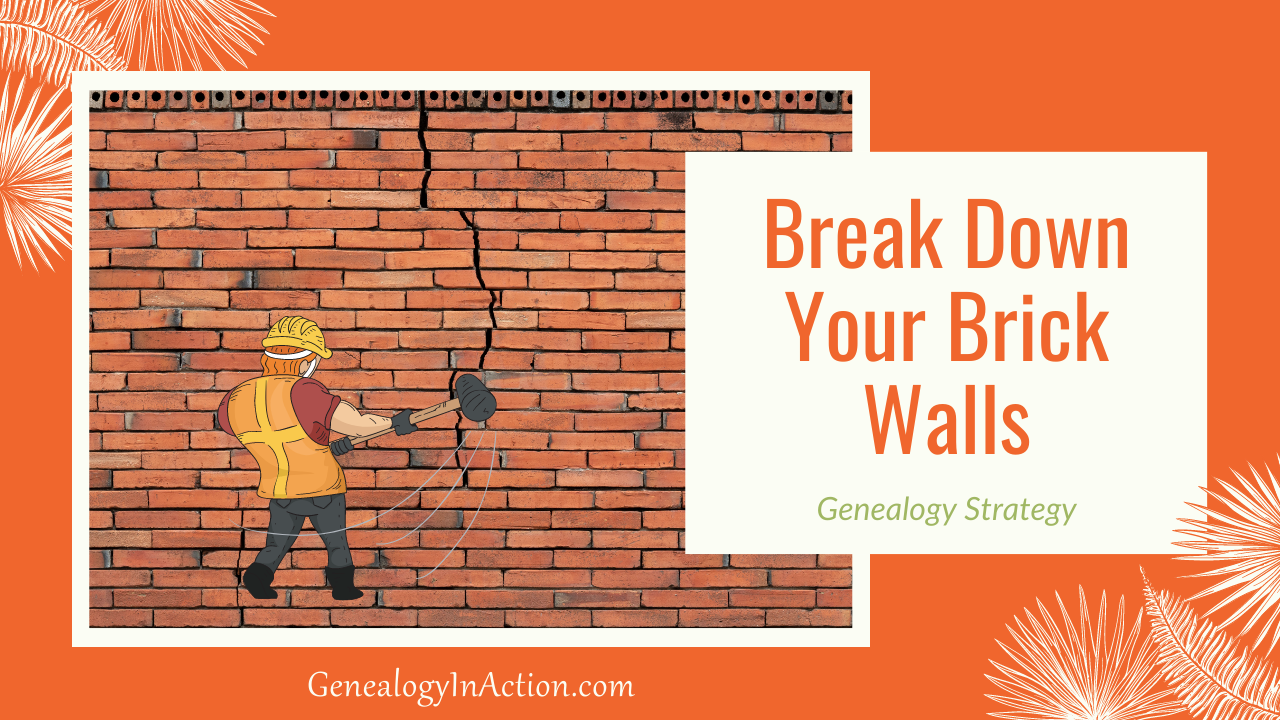 Do you have a looming brick wall in your path that you just can’t seem to find a way to break through? In this article I want to talk about one of my favorite strategies for brick wall busting. It’s the FAN Club, sometimes also referred to as cluster research. I’ve used this strategy on numerous projects for myself and for my clients, and have been helping my Genealogy Problem-Solving Academy students learn how to implement this strategy to solve their tough research problems. I want to share a few pointers with you, so I’m going to talk about what the FAN Club is and why it needs to be a part of your genealogy toolbox. Plus, I’ll share six different places you can look for FAN Club members right now so you can start tackling that brick wall today!

What is the FAN Club?

The FAN Club is a phrase coined by Elizabeth Shown Mills that stands for family, associates, and neighbors, who make up a person’s network. Over the years, the “F” has come to include friends, but it’s important not to omit family from the equation (and really, I think of friends as associates). This network, or FAN Club, is important, because remember, our ancestors didn’t live in a bubble. They interacted with family and friends; members of their community, church, and organizations; as well as their neighbors.

It’s these people that could hold the answers or clues to your research questions. So studying them is just as important, and sometimes more important, than studying your person of interest.

The simplest way to think about the concept of studying others connected to a person of interest is an example of trying to solve a paternity question, where you study the target person’s siblings. If you can prove the sibling relationship, you can indirectly tie the sibling’s mother and/or father to the target person. Another simple scenario is studying the people around the target person to find a place of origin. This works well with immigrant ancestors, but it also works with migrating folks. Since people tended to relocate together, the people in a community may have come from the same community elsewhere. For example, if I didn’t already know that my Webster and Parks families that ended up in Oakland County, Michigan, at one point lived in Cayuga County, New York, I would have been able to track them by studying the people they associated with in Michigan, as nearly all of their associates, neighbors, and in-laws also resided in Cayuga County, New York, prior to settling near one another in Oakland County, Michigan.

The FAN Club can also be used to sort out people of the same name in the same place, because their FAN Clubs will be made up of different people.

Think about it this way, if you’re stuck on a question of identity, relationship, origin, and even other types of questions, you really need to start looking at the people around your target person.

And yes, this does mean more work because you’ll be doing actual research on these people. But in many cases, it’ll be worthy of the genealogy happy dance!

How To Find FAN Club Members

Unfortunately these folks didn’t have things like social media to make finding their associates an easy task. So how do we find these potential FAN Club members? Following are six of my favorite places that typically yield great results.

Now that you can see the value in studying the people connected to your person of interest, it’s time to put this into practice. Pick one of your brick walls and start going through the records you already have to begin identifying the other people mentioned in the record. Pay attention to the six record types mentioned above, but don’t overlook the other records you have, such as probate records, obituaries, naturalization records, passenger ship lists, and guardianship records. To keep track of the FAN Club members, you can make a simple list of these people and their association to the target person. When you’ve finished your list, take some time to study it. Look for the people that pop up multiple times, especially across different types of records—these are the people you’ll want to study further. Pick the most promising lead and with the research question on your target person in mind, build a plan to research the FAN Club further to hopefully uncover the answer you seek about your target person, or at least some clues to follow up on.

I hope you enjoyed this article and that you’re ready to build a FAN Club list for one of your brick wall ancestors so you can start to break down those bricks. If you found this article helpful, be sure to add the Genealogy In Action blog to your favorite RSS reader.