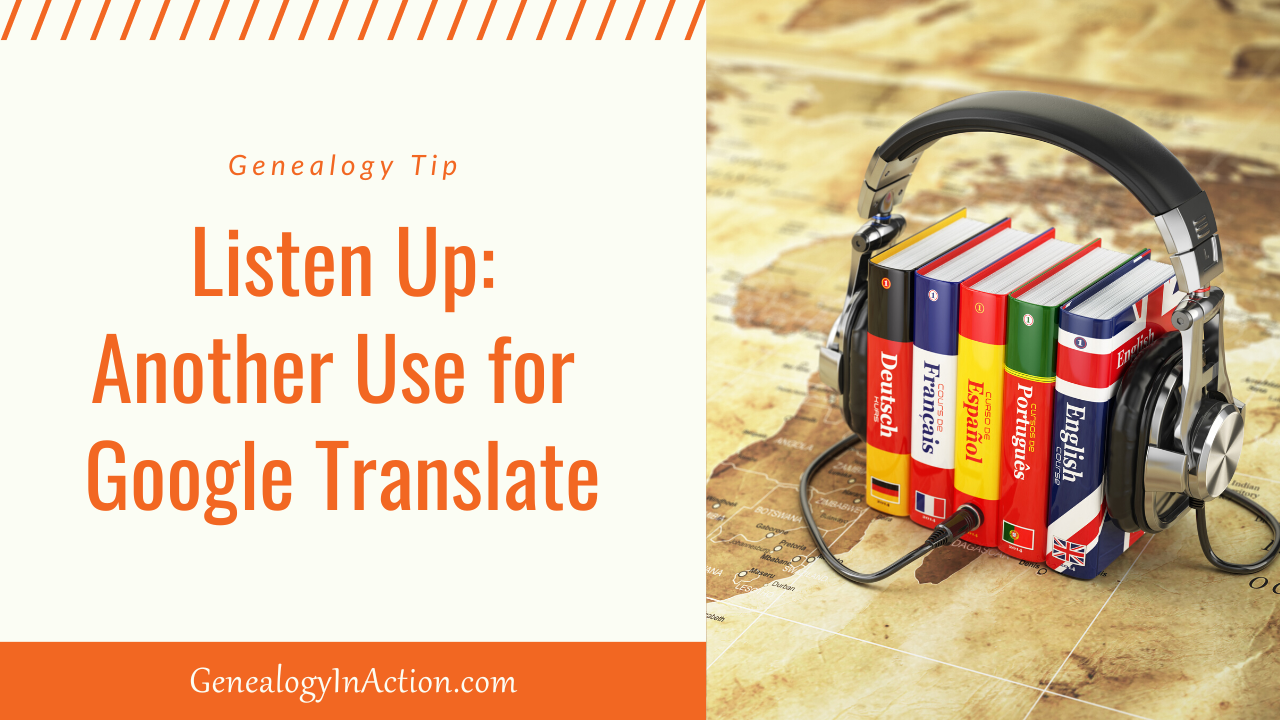 Listen Up: Another Use for Google Translate

If you do genealogy research outside of your native language, you probably already use Google Translate, which is a great tool for figuring out the meaning of a word you’re unfamiliar with. I certainly use it to look up words, but Google Translate serves another purpose for me, which I want to share with you.

You’ve probably experienced instances where names are way off in spelling, making it difficult to find what you’re looking for. From a US perspective, we see this all the time with our non-English-speaking immigrant ancestors, such as mangled names in censuses and other records. The reason usually has to do with how the record taker heard the name, and they likely wrote it the way it sounded to them. Given that certain letters and letter combinations are different across languages, not to mention the foreign accent, those phonetic spellings can end up way off in left field.

So, I like to pop names into Google Translate and listen to the pronunciation so I can come up with alternatives based on how it sounds, giving me a list of variants to search for. In the video below I run through a few examples of given names and surnames so you can see how to listen to the pronunciation in Google Translate and why it can be helpful to hear how they’re really pronounced.

One other thing I like to do with surnames, is determine if they translate into something in English. Why? Well, sometimes immigrants changed their surnames to an English variant to better assimilate with their fellow Americans. Here are a few examples:

Now it’s your turn to take some action. Go through your non-English given names and surnames and pop them into Google Translate and listen to the pronunciation. Take it a step further and create a list of alternate spellings based on that pronunciation.

I hope you enjoyed this article and that you’re ready to try this so you can learn how an ancestor’s name was pronounced, giving you some ideas for alternate spellings to search so you can finally find that record you know is out there. If you found this article helpful, be sure to add the Genealogy In Action blog to your favorite RSS reader.